How Nicky Snazell changed my life, giving me back pain relief and a new sense of perspective. 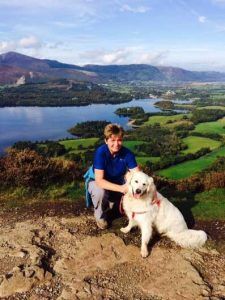 “I was resigned to a lifetime of maintenance treatment, constant pain and not being able to do what I wanted. Now I’m doing all the things I want to do, I’m pain-free and I haven’t needed hands-on treatment for 4 years”

Beverley joined the police force when she was 19 and she realised that her job would put her at risk and she needed to be able to defend herself. She had always had a strong interest in sport and her need for self-defense logically took her to the gym, where she started an interest in weightlifting.

By her mid 30’s she was experienced with free weights and constantly pushed herself to achieve more. Cycling was also a keen hobby.

This all came to a grinding halt when she injured her back while sledgehammering a path at home. In reality, the years of weightlifting had taken their toll and the sledgehammering was the final straw. The result was a bulging disc and serious pain. A friend recommended she should see a chiropractor.

After several weeks of daily treatment with the chiropractor, it was explained that she had wear and tear and that she would need maintenance care for the rest of her life, which would require her to return for treatment every 3 to 4 weeks. Despite the treatment, she was forced to give up cycling and the gym. Everyday tasks like vacuuming and mowing the grass were difficult. She had always wanted to take up golf and had even been given a set of clubs, but the constant back pain ruled any chance of that out.

By this time she had moved into a CID role in the police, which at times involved a mixture of desk work and operational duties. Sitting at a desk or in car for more than an hour was impossible and getting in and of cars was both difficult and painful.

Beverley had driven past Nicky Snazell’s Clinic many times on her way to 8 years of chiropractic treatment, but had given little thought to trying something else as she was resigned to a lifetime of maintenance. It was only when a colleague, who had been hurt badly in a car crash and had been helped a lot at Nicky Snazell’s, recommended she should try us, that Beverley took the plunge.

She saw Nicky only once and was dramatically better, so much so that in her first year she dropped 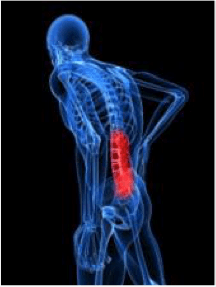 from every 3 to 4 weeks, down to twice a year. As soon as she had completed her first treatment she was confident enough to take up golf.

In the following 4 years, Beverley needed at most 4 treatments a year.  Nicky Snazell’s then started offering Magnetic Resonance Treatment and Nicky convinced Beverley that this would really help her spine condition even more.

Beverley started MRT in 2014 and has not needed any hands on treatment since, apart from one single treatment following a golfing injury. But it’s not the lack of treatment that has been the biggest impact, it’s the fact that she is able to live the life she had before her injury and wanted again. She had returned to the gym, where she still attends several times a week. She walks her dog 2 hours a day and covers 3 to 5 miles a day. All pain-free and with no medication. She is also playing a lot of golf.

Not only can she play golf, she can manage 5 days of back to back golf. She loves walking and had given this up for years. Now she manages 3 walking holidays a year in the hills of the Lake District and has completed a 40 mile walk without difficulty. She has no back pain at all. For Beverley the most important thing is being fit and healthy enough to be able to live life to the full and she is so thankful that she found Nicky Snazell’s Clinic.

“The only downside is that I don’t get to see Nicky anymore and I miss that. I’m looking forward to meeting up again at Nicky’s new health seminars in 2018”